The Castle of Mob – a folly in the woods

I always had an idea I would build a Castle folly one day. When I suggested this idea to Karen her reply was, ‘well if you must’ (she’s very understanding).

It was, like most of my projects, ‘in my head’ after all what’s the point of drawing it out only to change it later?

Ideally I would have built it using stone and lime mortar, but it’s up in the Wood and then up a bank and I had little stone. So I decided on lightweight blocks built as you would an igloo; shaped blocks to form a circle. The blocks were easily cut and shaped with an old wood saw. I also used a battery powered reciprocating saw (I’m very traditional in my building ways, but I’m not stupid about it). I then ‘stuck’ them together with a PU foam gun, which is incredibly strong.

There was an issue with the porous nature of the blocks and as I was building the rain just soaked through the blocks. I had to find a way to seal them and decided on a breathable water based paint which I played with and mixed the colour until it looked right. It seems to have worked well.  I’m growing several ivy plants up the outer wall; I’d like it to be covered at some point.

The roof or top of the Castle I built using wood, covered with plywood with a breathable membrane. I then fixed shuttering to form the crenellations and, with help, poured waterproof concrete on top. After a few days I removed the shuttering and tidied it up. It got painted and then on top I did a layer of water based bitumen, laid hessian on top whilst still wet and allowed it to dry. Soil was laid over the hessian and then sedum rolls on top. It’s growing really well now.

Why a Castle?  Why a Folly? Who knows? After I started building it I was looking at my family tree – as you do.

In the 1800’s my family worked at Stowe House in Buckinghamshire, now Stowe school. My Great Great Grandfather (think that’s enough ‘Greats’ may need another) was Farm manager and lived on the estate in…a Castle Folly.

The rear of the building looked like a medieval castle and was facing the Parkland that Capability Brown designed. The front however was workmen’s cottages where my family lived, probably in abject poverty exploited but the ruling classes… 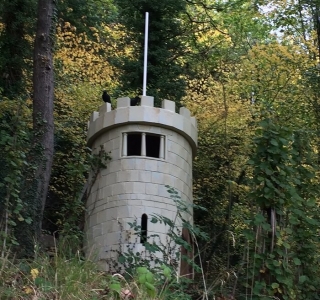 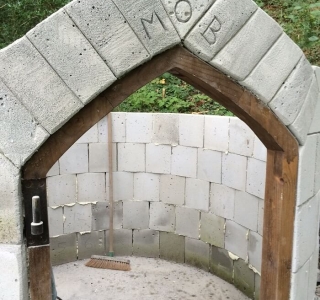 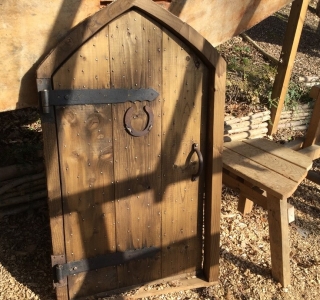 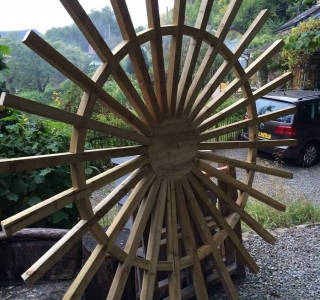 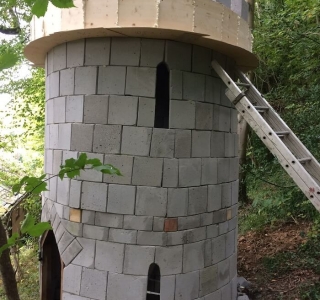 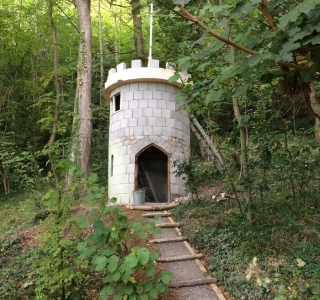 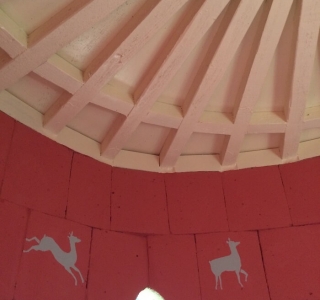 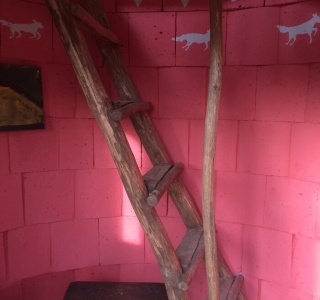 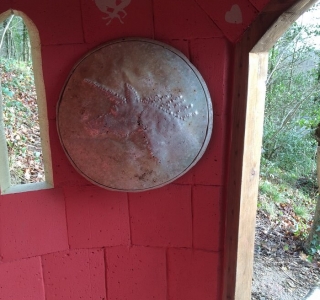 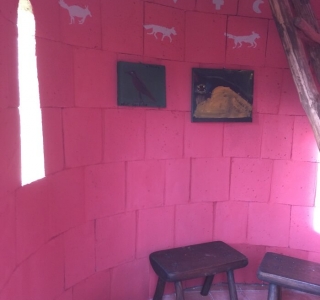 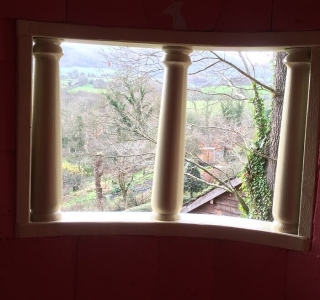 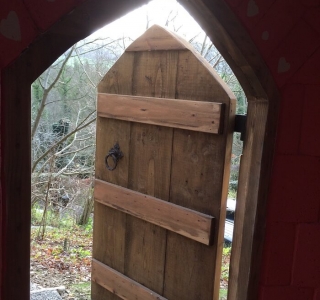 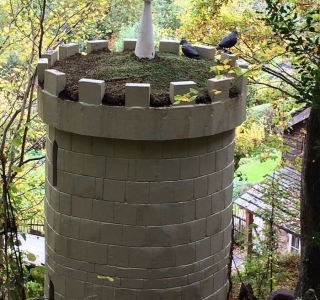 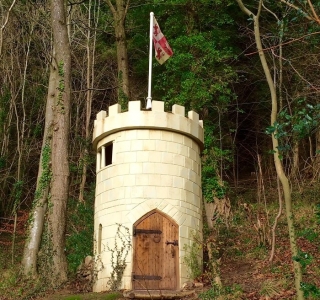